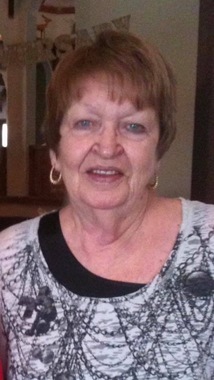 Back to Winnie's story

Funeral services for Winnie Louise Featherston 73, of Athens have been scheduled for 2:00 P.M. Sunday January 5, 2020 at Autry's Carroll-Lehr Funeral Home Chapel with Pastor Eddie Lee officiating. Burial will follow at Rose Hill Cemetery in Tyler.
Winnie was born December 28, 1946 in Athens to the late Sydney and Evie Beatrice Ewing Featherston. Winnie was a cook at West Place Nursing Home for numerous years. She was admired and loved by all. She was a family strong lady; she adored her children and grandchildren. She was a very dedicated Mother, grandmother and friend.
She was preceded in death by her parents, sister; Sue Calhoun, brothers; Linnie Joe Featherston, Modon Featherston and Robert Lee Featherston.
Survivors include her daughters; Tina Cooper of Athens, Tony Lee and husband Michael of Canton, son; Leonard Cooper and wife Rosie of Athens, grandchildren; Nicole Miller, Natile Boyd, Henry Cooper, Adam Cooper, Jesse Cooper, Moses Cooper ,Kegan Cooper, Ashley Young and Tommy Ward, 8 great grandchildren, sister; Carolyn Attaway and husband Keith of Lindale, brother; Eddie Bob Featherston and wife Phyllis of Tyler and numerous nieces and nephews.
Pallbearers will be Henry Cooper, Adam Cooper, Jesse Cooper, Tommy Ward, Bo Attaway and Lane Attaway.
Visitation for family and friends will be held Saturday evening from 6-8 P.M. at the funeral home.
Published on January 4, 2020
To send flowers to the family of Winnie Louise Featherston, please visit Tribute Store.

Send flowers
in memory of Winnie

A place to share condolences and memories.
The guestbook expires on April 02, 2020.

Jeff Quinn. Jean Irvin
I'm so sorry words can't express Prayers She was one of a kind. And one of the sweetest We always felt welcome Just Good People. Tina. We love you and my heart goes out to you
Dee Ann Stewart
This is the hardest thing that God gives us to bare. Know that I love you Tina and am here if you need me. May the Lord reach down and hold all of you close and ease your sorrow if just a little. Love you all.
View all