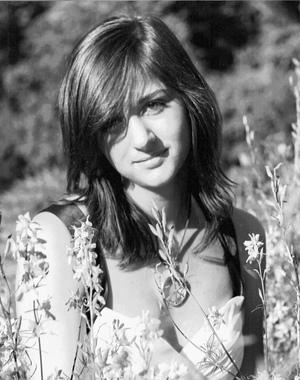 Services for Whittney Hawkins, 28, of Athens, are scheduled for 2:00 p.m., Sunday, December 15, 2019 at Hannigan Smith Funeral Home with Pastor Randy Rawls officiating.
Whittney Nicole Hawkins was born August 31, 1991 in Athens, the daughter of Craig Lee Hawkins and Teresa Jane (Holland) Wall. She was a member of the First Baptist Church of Athens. Whittney loved children, her animals and truly loved spending time in the outdoors, specifically spending time at the beach, fishing, camping and going to the lake with her husband and friends.
She is preceded in death by her maternal grandfather, Ernest Holland.
Survivors include husband, Bryan Corn of Athens; mother, Teresa Wall and husband Louis of Athens; father, Craig Hawkins and Robin Caperton of Forney; paternal grandparents, Bobby Hawkins and Bobbie of Athens; maternal grandmother, Nettie Holland of Athens and grandmother, Orilean Wall of Carthage; brother, Nathan Daniel Hawkins of College Station; step-siblings, Matt Caperton and wife Emily of Irving, Brady Wall and wife Aiyin of Denver, CO, Labin Wall of Tampa, FL and Jared Caperton of Forney; aunts and uncles, Nancy and Robert Moore, Jason and Angela Holland, Dennis Holland, Candy Trent, Robert and Penny Hawkins, Richard and Carla Hawkins; and numerous cousins.
Honorary pallbearers will be cousins and friends.
In lieu of flowers, memorial contributions may be made to the American Cancer Society, P.O. Box 22478, Oklahoma City, OK 73123.
Visitation will be held Saturday, December 14, 2019 from 6-8:00 p.m. at Hannigan Smith Funeral Home.
Funeral arrangements were entrusted to the Hannigan Smith Funeral Home family.
Published on December 13, 2019
To plant a tree in memory of Whittney Hawkins, please visit Tribute Store.

Plant a tree in memory
of Whittney

A place to share condolences and memories.
The guestbook expires on March 11, 2020.

Julie Stewart
This is late in coming because I just learned of the tragic loss of our precious Whitney. Her mother, Teresa and I have been friends for many years. One of my first memories of Teresa, was when she was pregnant with Whitney. There were many prayers over our children through the years. We held each other up through good times and bad. It breaks my heart that I have not been on Facebook and missed being there for my dear friend. I am here now and will pray for all the family in this time of great loss. I am sending love and prayers to you all.
Lorraine Harrison
Dear Teresa and all family members of Whittney, I am so sorry for your loss. Whittney was a special life on this earth. From the day she survived her surgery on her third birthday, to the day that she interviewed the school superintendent, to all the joy she gave to all who knew her, she will remain a treasure.
I just found out Dec. 18th, or I would have attended on Sunday.
My deepest sympathy to all the family.
Lorraine Harrison
Carrroll and Janice hethcoat
Our deepest sympathy and prayers for your family.
View all