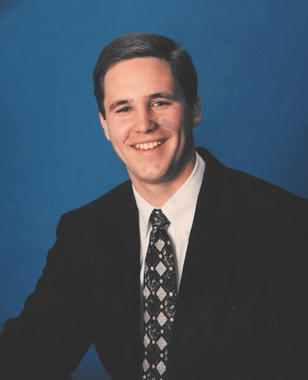 Back to Steve's story

Memorial services for Steven Gillert 42, of Murchison were held at 11:00 A.M. Monday October 28, 2019 at Autry's Carroll-Lehr Funeral Home Chapel with Rev. Charles Parker officiating.
Steven passed away Thursday evening in Murchison.
He was born April 26, 1977 in Tyler, Texas to Gary and Jeanne Walter Gillert. Steven was a resident of Athens most all his life, graduating from Athens High School in 1995. He attended Trinity Valley Community College and Tyler Junior College before graduating from Southwest Texas State University with a Bachelor's of Finance degree. Steven was a member of Central Baptist Church in Athens and accepted his Lord and Savior as a young child. Steven loved to be outdoors playing golf or going duck hunting. He had a passion for playing the guitar and skiing and cherished his many trips with his family to Colorado.
He was preceded in death by his grandparents; John and Viola Walter and Ernest and Sue Gillert.
Survivors include his parents Gary and Jeanne Gillert, Athens, sister; Linsey Lewis and her husband Colby, Eustace, niece; Kiersten Lewis, nephew; Derek Lewis, aunt and uncle; Mike and Becky Gillert, Athens, Aunt, Neva Clark of Winnemucca, Nevada and the love of his life Brooke Bumbard.
If desired memorials may be made to Central Baptist Church Athens 200 S. Prairieville St. Athens, Texas 75751.
Published on October 29, 2019
To plant a tree in memory of Steve Gillert, please visit Tribute Store.

Plant a tree in memory
of Steve

A place to share condolences and memories.
The guestbook expires on January 26, 2020.

Denise Fore
Sorry for your loss. Your family will be in my prayers.
Jeanne starkes Hetrick

Sorry to hear of your loss. My prayers are with you and family

Rita starkes plotner
Sorry for your loss. In our prayers
Gary & Peggy Tanner
Our prayers are with you always.
View all