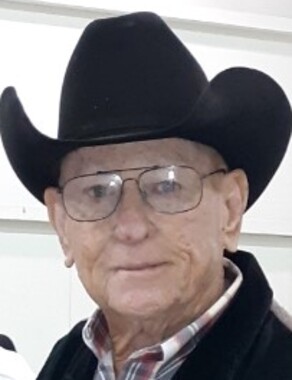 Back to Sammy's story

Sammy West, a true cowboy legend who lived by the "Cowboy Code," left for greener pastures on July 17, 2019, one day after the 56th anniversary of his marriage to the love of his life, Rita Ragland West.
Born Samuel Edward West to Paul E. and Vay Bellah West on April 9, 1944, Sammy's second and third years were spent in Roane, Texas, where he delighted the neighbors (and embarrassed his mother) by sneaking out of the house and dropping by all the neighbors for "snacks." From the age of about 5, his favorite summers were spent in West Texas with his maternal aunts and uncles near Throckmorton and Woodson, Texas. He had fond memories of helping his aunts churn butter, and especially riding his uncle's horse.
After Paul and Vay divorced, she married B.B. Ely and they eventually moved to Lawton, Oklahoma. In 1958, Sam came to live with his dad, Paul, in Kerens where he met Rita and they became high school sweethearts. Throughout those 56 years, Rita insists she always knew where she stood: his horse, his dogs, then her!
Known as a man of his word, in addition to letting you know exactly what he thought, Sam worked cattle for many ranchers in surrounding counties over the years. He never backed down from a challenge, and his favorite phone call was the one from a rancher who had "a cow that couldn't be caught." During those years he also held jobs at Nipak and Regal Manufacturing, later going to work for Russell Stover Chocolates in Corsicana, where he retired after 15 years of employment.
In 1967 Sam, together with others in Kerens, started the Kerens Riding Club where young and old enjoyed participating in various riding and roping events for many years. Much later, Sam was instrumental in starting the Kerens Ranch Roundup that became an annual fund-raiser for the Cystic Fibrosis Foundation and benefitted two young men from Kerens (Justin Perry and John David Seale).
In the 1970s, Sammy was asked by the Burke Brothers in Corsicana to spend a couple of months in Venezuela to round up cattle. What a challenge and adventure for a small-town cowboy!
And in 1986 another big adventure: Sammy, Rita, Jim Bob Ivey, Marshall Ainsworth and Unk Whorton set out on the Texas Sesquicentennial Wagon Train for six months. Sammy was honored to be one of the Assistant Wagon Masters.
During all those years, Sammy enjoyed participating in nearby ranch rodeos. And he once participated in the steer tripping at the "daddy of 'em all," Cheyenne Frontier Days. He was also known for riding his horse Gambler without a bridle, and together they won several awards.
After retiring, Sammy enjoyed spending time with his great-granddaughter, Vanessa, and teaching her cowboy (girl) ways. He loved watching her learn to saddle, bridle and ride her horse Cinnamon. Both were also moon watchers. Any time there was a new phase of the moon, or if it was just worth a look, they were on the phone checking to see if the other had seen Mr. Moon that night.
Sammy leaves behind his wife Rita, son David West, daughter Deanna Jackson and husband Johnny, all of Kerens; two grandchildren, Keri Jackson (and family) of Mildred and Kirby Jackson (and wife Joan) of Broken Bow, Nebraska; one great-granddaughter, Vanessa Guzman of Mildred; one sister, Paula West Brenneman of Bethesda, Maryland; one brother, Jim Ely (and wife Mary) of Beeville, Texas; brother-in-law Art Renfro, Fort Worth; a maternal aunt, Sue Hale (and husband Don) of Iowa Park, along with a host of nieces, nephews and cousins. He was preceded in death by his parents, his sister, Brenda West Renfro, and his brother-in-law Mike Brenneman.
A celebration of Sammy's life will be held Saturday, August 10, 2019 at 11:00 a.m., Cloud 9 Guest Ranch, 5155 NE CR 3130, Kerens (cowboy casual attire). Lunch will be served after the celebration; all are invited.
In lieu of flowers, please consider donations to the Dora Estes Scholarship Fund, c/o Deanna Jackson, P.O. Box 263, Kerens, Texas, 75144.
Published on August 7, 2019
To plant a tree in memory of Sammy West, please visit Tribute Store.

Plant a tree in memory
of Sammy

A place to share condolences and memories.
The guestbook expires on November 04, 2019.