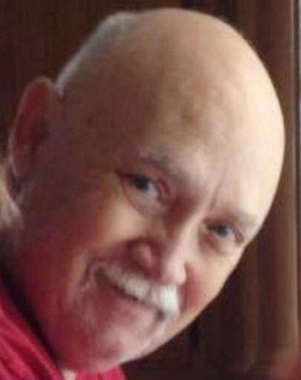 Back to Ronnie's story

Services for Ronnie G. Sims age 71, of Palestine will be held at 11:00 A.M. Saturday, September 9, 2017 at Trinity Church with Rev. David Darst officiating. Burial will follow in Concord Cemetery. Arrangements have been entrusted to and provided by Bailey & Foster Funeral Home.
Mr. Sims passed away Sunday, September 3, 2017 at Mother Frances Hospital in Tyler. He was born December 25, 1945 in Athens, TX to Virgil Andrew and Berva Lee McMahon Sims. Mr. Sims retired from TXU Electric in 1992 where he worked as a crew foreman. He served in the U.S. Air Force from 1966 to 1970. Ronnie loved his kids and grandkids, church and his church family beyond anything.
He was preceded in death by his parents, four brothers and four sisters. He is survived by his wife Jayne Sims, a son Bryan Sims and wife Shelby, a daughter Amy Tinsley and husband Ben, granddaughters, Emily Woodall and Averi Sims, and grandsons, Trenton Woodall and Camden Tinsley, and a brother Larry Sims and wife Robbie and many nephews and nieces.
Nephews will serve as pallbearers.
Visitation will be held at 10:00 A.M. one hour prior to service at the church.
In lieu of flowers donation may be made to the Trinity Church or the American Heart Association.
To view online leave condolences or sign the guest book go to www.baileyandfosterfuneralhome.com
Published on September 6, 2017
To plant a tree in memory of Ronnie G. Sims, please visit Tribute Store.

Plant a tree in memory
of Ronnie

A place to share condolences and memories.
The guestbook expires on December 05, 2017.