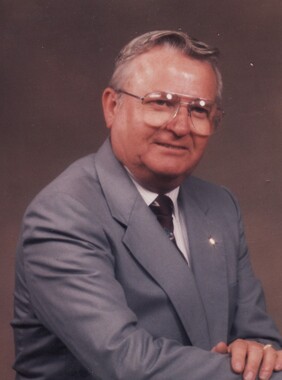 Back to Robert's story

Graveside services for Robert Armstrong, 84, of Murchison, are scheduled for 1:30 p.m., Tuesday, December 17, 2019 at the DFW National Cemetery.
Mr. Armstrong passed away December 8, 2019 in Tyler.
Robert Earl Armstrong was born September 14, 1935 at Parkland Hospital in Dallas, the son of Evey Lorena Burns and Jesse Newton Armstrong. In 1953, at the age of 18, he enlisted in the United States Air Force and completed basic training at Lackland AFB in San Antonio in 1954. After completing basic training, he was sent to numerous Air Force Bases where he completed extensive training as a weapons deployment specialist. These bases and jobs include; Lowry AFB in Denver, Colorado as a Fire Control Technician and an operator of airborne weapons control radar systems on fighter aircraft as well as factory field training detachment on the guidance systems for the SKYBOLT air launched ballistic missile; James Connally AFB in Waco to observe trainers on airborne radar systems; Seattle, Washington at the Boeing Airplane Company for training on guidance systems for the new ground launched air defense missile system called BOMARC; Holloman AFB in Alamogordo, New Mexico in the central inertial guidance facility; Wheelus AFB in Tripoli Libya for Air to Air Missile Systems; the Lockheed Complex at Sunnyvale, California Satellite Test Facility and Kirkland AFB in Albuquerque, NM for engineering and studying Nuclear Electromagnetic Pulse Phenomenology. He retired from active service in 1973.
Robert and his family then moved to Centralia, Washington where he worked as a field service engineer and then national parts sales manager before retiring as the manager for the Houston Regional Service Center of Diamond Power Specialty Company. During this time, he attended Seattle City University at nights and on many weekends and acquired his bachelor's degree in business management.
Robert loved traveling with his wife Donna and spending time with his family. He was a loving husband, father and grandfather who will be greatly missed by all who knew him.
He is preceded in death by his parents; wife, Donna Sue (Rice) Armstrong; and daughter, Tori McKnight.
Survivors include children, Pamela Sue Peterson and husband Samuel of Callender Lake, Cynthia Ann Gottsman and husband Harley of Callender Lake and Marc A. Armstrong and wife Vanessa of Buckley, Washington; sisters, Barbara Ruth Rogers and Shirley June Mathis; brother, Jesse Newton "Sonny" Armstrong, Jr. and numerous grandchildren and great grandchildren.
Visitation will be held Monday, December 16, 2019 from 5-7:00 p.m. at Hannigan Smith Funeral Home.
Funeral arrangements were entrusted to the Hannigan Smith Funeral Home family.
Published on December 14, 2019
To plant a tree in memory of Robert Earl Armstrong, please visit Tribute Store.

Plant a tree in memory
of Robert