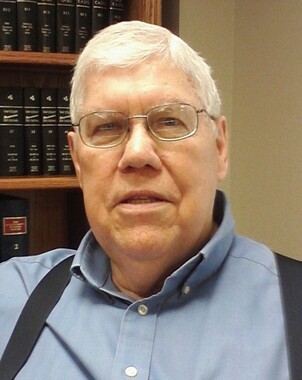 Back to Marlin's story

Memorial services for Marlin R. Smith, 84, Athens, have been scheduled for 11:00 A.M. Saturday September 7, 2019 at First Baptist Church Athens with Rev. Kyle Henderson officiating. A private family burial will be held at Oaklawn Memorial Park with Rev. Kern Railsback officiating under the direction of Autry's Carroll-Lehr Funeral Home.
Marlin passed way Wednesday evening in Tyler.
Marlin was born August 17, 1935 in Van, Texas to the late Dee and Bessie M. Fonville Smith. He was a veteran of the United States Army and received his Bachelor's degree from the University of Texas in Austin. Marlin was a resident of Athens since 1958 and was a co-owner of Smith, Lambright & Associates for 50 plus years. He was a member of the Kiwanis for over 50 years serving the offices of President & Treasurer. He also participated with the United Way for many years serving as Treasurer. Marlin loved to cook and he really loved music, especially the organ. He was a loving husband, father and grandfather and friend who will be deeply missed.
He was preceded in death by his parents, wife, Pat Smith, son, Sterling Smith, brothers, Gayle Smith, Meryl Smith, Joy Smith, Kenneth Smith.
Survivors include his daughter, Felicia Holley of California, granddaughter, Lucy Holley of California, nieces, Elizabeth Andres of Michigan, Connie Collier of Oklahoma, nephews, Robert Metzger of Montana, Dr. Tim Metzger of West Virginia, David Smith, Danny Smith, Dee Smith all of Texas and numerous cousins and friends.
Honorary pallbearers will be the Senior Men's Sunday School Class at First Baptist Church, J.W. Lambright and Dewayne Hallmark.
Visitation for family and friends will be held Friday evening from 5-7 P.M. at the funeral home.
The family would like to thank Hospice of East Texas Homeplace and Fran Slack for all the care they provided to Marlin.
In lieu of flowers memorials may be made to Hospice of East Texas Homeplace or Dallas Baptist University
Published on September 6, 2019
To plant a tree in memory of Marlin R. Smith, please visit Tribute Store.

Plant a tree in memory
of Marlin

A place to share condolences and memories.
The guestbook expires on December 04, 2019.