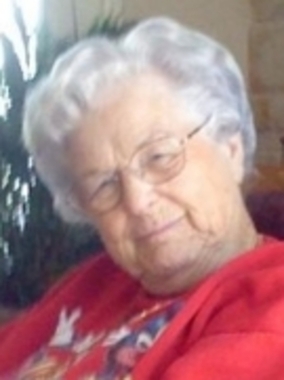 Back to Lillie's story

Lillie Rae Alston Anderson died peacefully in her sleep on March 2, 2017 with her daughters at her side. She was 91 years old and preceded in death by her parents, Malcolm & Cora Alston, sisters, Bessye Mae Kiel, and Billie Sue Evans, and brothers, Arch Alston, and Pete Alston.
Lillie was born in Streetman, Texas on April 4, 1925. She was married on July 18, 1946. She is survived by her brother, Sonny Alston, her 2 daughters, Barbara Collie, and Chris Donnell and husband Terry. She has 4 grand-children: granddaughter Ricki Graham and husband Don, Sean Donnell and wife Michelle, Stephen Scott and wife Susie, Michelle Hoskins and husband Kevin. She has 8 great grandchildren Justin and Cameron Graham, Silas Scott; Travis, Trent, and Trace Donnell, and Tori and Scarlet Hoskins.
She raised her family in Irving, Texas and retired from General Motors before moving to Athens, Texas. She was a co-owner of Twin Lakes Petroleum, Inc. She attended services at Calvary Baptist Church in Athens, Texas and Sunday School at First Baptist Church of Athens for many years.
The funeral will be held on March 5, 2017 at 2 pm at Moorhead-Epps Funeral Home, 750 East Main Street, Gun Barrel City, Texas 75156 with Bro. Paul McKinney officiating. Visitation will be from 12 pm to 2 pm. Graveside service will be held at 4:30 pm at Birdston Cemetery in Streetman, Texas with Fred Ward officiating.
Memorial love offerings can be donated to Alzheimer's Association in lieu of flowers.
Published on March 3, 2017
To plant a tree in memory of Lillie Rae Alston Anderson, please visit Tribute Store.

Plant a tree in memory
of Lillie

A place to share condolences and memories.
The guestbook expires on June 01, 2017.