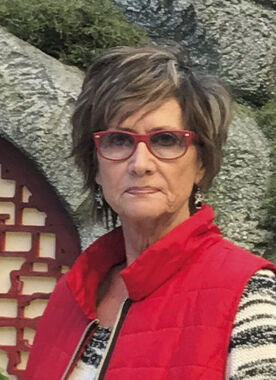 Back to June's story

June Estell Hendry Greene passed away on Wednesday, Dec. 11, 2019, while sleeping peacefully at home. Born to Earl Emmett Hendry and Ethel Dee Noble on April 23, 1947, June lived her entire life on a farm on the outskirts of Athens that has been in the Hendry family since 1897. She married Louis Ollie Greene on July 16, 1965. June - also known as June Bug, Mom, and Gagaw - is the beloved mother of Debbie, Troy, and Jason, and extra proud grandmother of five grandsons, a granddaughter, and a great-grandson. Together, June and Louis raised their children at First Baptist Church of Athens. They rarely missed a Sunday morning, evening or Wednesday night service. The entire family was very active in GAs, RAs, every sporting event offered by YMCA and AHS, along with growing huge fields of the best watermelons in this area. June ended her life as a beloved member of Grace Bible Church in Athens. She graduated from Athens High School in 1965 and attended Henderson County Junior College (now TVCC). June held several jobs outside the home, such as sewing at Vassarette, working as Sports Coordinator at YMCA, and managing JJ's Video and convenience stores. She loved to work in her flower beds and even learned to drive the tractor late in life to garden with her husband on the farm. June enjoyed a few memorable trips to Texas A&M bowl games, Cabo and Vegas with her daughter's family, but her greatest joy was to take trips to Nacogdoches and Pearland to see her "Greene Boys." She was an amazing Gagaw and worked so hard to make as many sporting or other events as possible with all of her grandsons. June would never leave the house without looking good; she said she would never let her hair go gray; and she could not talk without laughing. She will be greatly missed by the family and friends who loved her so much.
June Greene was preceded in death by her parents, Earl and Ethel Hendry of Athens; sister, Jerry Baker of Athens; and two brothers, David Hendry of Athens and Charles Hendry of Arlington. She is survived by her husband, Louis Greene; daughter and son-in-law, Ricky and Debbie Palmer, and sons Jacob and Landon of LaRue; son and daughter-in-law, Troy and Dena Greene, and sons Gage, Gunner, and Colton of Pearland; son, Jason Greene of Athens, and his daughter and husband with child, Ryan, Brittney, and Jack Ponton of San Antonio; brother, Ron Hendry and his wife, Alice Hendry of Dallas; sister, Ellen Wheeler of Canton; and countless nieces and nephews.
Pallbearers are grandsons Jacob, Landon, Gage, Gunner, Colton, and friends Roudy Epps, Logan Warnock and Caleb Solis.
A celebration of June's life will be held at Autry's Carroll-Lehr Funeral Home in Athens on Sunday, Dec. 15, with visitation at 2 p.m., service at 3 p.m., and burial following at Oaklawn Memorial Park in Athens, with Pastor Marvin Keown and Pastor David Willy officiating.
Published on December 14, 2019
To plant a tree in memory of June Estell Hendry Greene, please visit Tribute Store.

Plant a tree in memory
of June

A memorial tree was planted in memory of June Estell Hendry Greene.  Plant a tree

Andersons
June's love ones,
We were so very sorry to hear of your loss. June was such a delightful lady; a joy to be with!
May the peace of God that surpasses all understanding sustain each of you…
Ailsa & Guy
View all