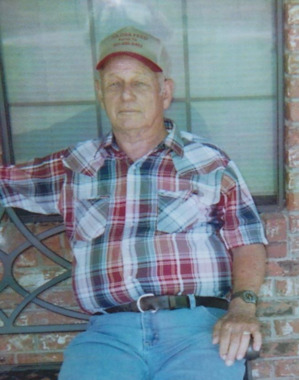 Back to John's story

John Jay Hunter Jr., 93 of Mabank, Texas passed away on January 5, 2019. He was born on December 19, 1925, in Mabank, Texas to the parents of John Jay Sr. & Della Kizzia Hunter.
"J.J." as all his family and friends called him, graduated from Mabank High School in 1943. He joined the United States Navy in 1944, and proudly served his country for 6 years, with tours of duty in the Pacific,
during World War II and Korea. Once he returned home, he worked in road construction before beginning this twenty-year career as an officer for the Dallas Police Department. After retiring from the police force, he served as a bus driver for Mabank ISD for several years.
In J.J.'s spare time, he could be found working and repairing small engines, hunting and fishing. He was a member of the Big Rock Gun Club. Also he enjoyed getting together with friends for coffee at the Gun Barrel City McDonald's. He loved finding bargains at the local flea market and spending time with his family.
J.J. is survived by his loving wife of 65 years Dorothy Hunter; 4 sons John C. Hunter & his wife Judy of Mabank, Robert C. Hunter of Mabank, Jeffery Hunter of Fresno, California and Joseph Jay Hunter & his wife Faith of Austin, Texas; 4 grandchildren Jessica, Brandon & his wife Mackenzie & Tiffany; 1 great-grand son Brendan; a sister Dorothy Fern Stovall & her husband Bill; as well as many nieces, nephews, cousins and a host of other family and friends. J.J. will be dearly missed by all who knew him.
J.J. is preceded in death by his parents, brothers John Oran Hunter, Alvin Christopher Hunter; sisters Lucile Gibson, Laura Mae Stone and Faye Taylor.
Rev. Larry Strandberg & Bro. Stanley Wilson with the First Baptist Church in Mabank, Texas will officiate for the Hunter family.
Arrangements were under the direction of Moorhead - Epps Funeral Home in Gun Barrel City, Texas.
Published on January 23, 2019
To plant a tree in memory of John Jay Hunter Jr., please visit Tribute Store.

Plant a tree in memory
of John

A place to share condolences and memories.
The guestbook expires on April 22, 2019.