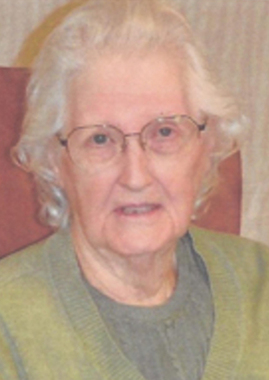 Back to Joan's story

Joan Modean Briggs Vent, 82 of Eustace, Texas was a 4th generation Texan. She was born September 20, 1933 in the Henderson County community of Aley, Texas to the home of Charlie Robert Irving Briggs and Nora Lee Moody Briggs and passed away March 29, 2016 in Athens, Texas. She is survived by her daughters Wanda Jean Vent and Andrea Lee Vent of Frisco, Texas sons Samuel Wayne Vent and his wife Sharon Kuhn Vent of Payne Springs, Texas Steven Lynn Vent of Eustace, Texas grandsons Andrew Wayne Vent and his wife Tiffany Pryor Vent of Royce, Texas Shane Kody Vent of Frisco, Texas and great granddaughter Isabella Jade Vent of Royce, Texas brother Harold Loyd Briggs and his wife Dorothy "Dottie" , numerous nieces, nephew other family members and many friends. She was preceded in death by her parents, brother James Weldon Briggs and her husband of 54 years Austin Lee Vent Jr. and great granddaughter Sophia Michelle Vent.
Modean was known as Ole Woman or Grammy by her grandson and Ole Grandma by her great granddaughter. She was an avid quilter making many quilts for members of her family and was a member of the quilting group of ladies at the China Grove Baptist Church in Eustace, Texas. She graduated from Kemp High School in Kemp, Texas in 1950, was Homecoming Queen and the Salutatorian of her graduating class. Modean retired from Sears Roebuck & Co. after a 20 year career. She was a tremendous home cook who loved to create meals and recipes for her family and enjoyed sharing her dishes with family and friends. Modean began documenting her recipes and creations for her family in a journal to be shared by all after surviving a stroke in October 2010. She was a caring, loving Christian woman who always thought of her family and friends and will be greatly missed.
Funeral service is scheduled for 2PM ,Thursday March 30, 2016, Moorhead Epps Funeral Home Chapel in Gun Barrel City. Burial will be at Kemp Cemetery.
Published on March 31, 2016
To plant a tree in memory of Joan Vent, please visit Tribute Store.

Plant a tree in memory
of Joan

A place to share condolences and memories.
The guestbook expires on June 28, 2016.