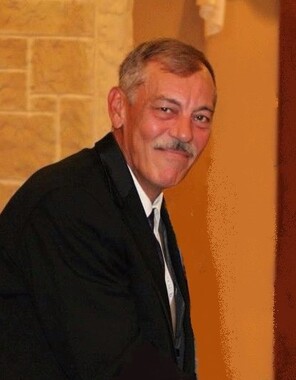 Back to Frank's story

Frank Richardson, 63, of Whitehouse, passed away January 1, 2020 in Whitehouse.
Mark Frank Richardson was born March 6, 1956 in Athens, the son of Paul Richardson and Thelma (Walls) Richardson. He graduated in 1974 from Athens High School before moving to Lake Jackson where he worked for 32 years as an operator at Dow Chemical. He retired and moved back to east Texas in 2009. Frank was a loving son, brother, husband, father and grandfather who will be missed.
He is preceded in death by his parents, Paul and Thelma Richardson.
Survivors include wife, Cecile Richardson; daughter, Amanda Patterson and husband Tyler; granddaughter, Sadie Patterson; sister Paula Walker and husband Glynn and brother, Garry Richardson and wife Pat.
Funeral arrangements were entrusted to the Chandler Memorial Funeral Home family.
Published on January 4, 2020
To send flowers to the family of Frank Richardson, please visit Tribute Store.

Send flowers
in memory of Frank

A place to share condolences and memories.
The guestbook expires on April 02, 2020.

Brenda Tiner
Cecile, you and your family are in our thoughts and prayers. So sorry to hear of your loss. Frank loved you so much. I’m just down the road if you need anything at all. Love you!
Edward Payne
I remember meeting Mr. Frank Richardson in the 7th grade. Mr. Frank Richardson was good at problem-solving and unafraid to ask the hard questions. My deepest condolences to you all during this dark time. Please know that I am keeping you all in my prayers and thoughts. Just a poor boy-Athens,Texas
Ethel Murphy Matlock
Cecile you were Frank's special Love. He was a special friend and you both will always be in my heart. I will miss knowing he is gone but one day we will gather as friends again over on the other side. My ❤️ and prayers for you, your daughter and the family.
View all