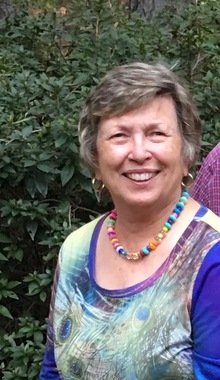 Back to Emma's story

Emma was born in Colorado City, Texas, to Don and Lucille Blassingame. She graduated from Colorado City High School as salutatorian in 1959. Emma attended Tarleton University and completed her degree in computer science at Trinity Valley Community College in 1987.

She married Bobby Ward, her high school sweet heart, on December 31, 1960. They lived in San Diego, California, while Bobby served in the Navy and moved back to Texas after his service. They were married 56 years.

Emma has two sons, four grandchildren, and one great grandson. She valued family time and enjoyed spending holidays and other special times with her sons, daughter in-laws, and grandchildren. Her family always says that if you look up mother or grandmother in the dictionary you would find her picture.

She served her community as a CASA volunteer and as a member of the Larue United Methodist Church. Over the past seven years she and Bobby have received numerous awards for their service to CASA. During that time she helped over 40 children. Emma enjoyed many hobbies such as woodcarving, sewing, beadwork, woodburning, painting, and gardening.

Emma was preceded in death by her parents, Don and Lucille Blassingame and her granddaughter Ashley Ward. She is survived by her husband Bobby Ward of Larue; son Eric Ward and wife Sonya of Mabank; son Brad Ward and wife Anna of Dallas; granddaughter Amber Ward Kimball and husband Jason of Richardson; grandsons Brady and Austin Ward; and great-grandson Lex Ward Kimball.

Plant a tree in memory
of Emma

A place to share condolences and memories.
The guestbook expires on November 28, 2016.