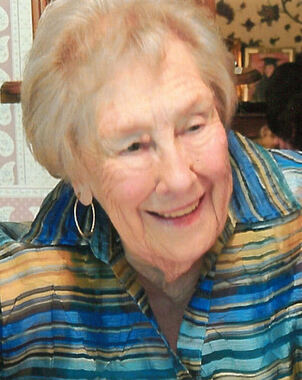 Back to Elizabeth's story

Elizabeth Jo Bass passed away on February 13, 2017.  Jo was born in Winchester, Kentucky on April  25, 1929.  As a young child, Jo moved to Athens, Texas where she was raised on the family's farm, the Green Ranch, with her two brothers.  After high school, Jo attended Henderson County Junior College in Athens and, shortly after, ventured again to Kentucky for a short stint as a school teacher.  When she returned home to Texas, Jo started what would be a 40 year long career as a telephone operator, eventually working her way up to a supervisory role which she enjoyed up to retirement.  But titles closest to her heart were those of friend, Mom, and Granny.  A devoted wife to her husband of 43 years Paul Bass,  Jo was also a doting and beloved mother and best friend to her children Richard and his wife Cecilia Bass, Paula Bass Hobson, Val Bass, Karen Bass Patrick, and Chad Bass. She was loved by many more, including grandchildren Ariel Beltran and and husband Pedro Beltran, Alex Bass, Chris Hobson, Brandi Hobson and Rusty Herod, Audrey Thibodeaux; as well as great-grandchildren Sebastian, Gage, Anna, Ben, Xander, Jack, Rayleigh, Jude, and her beloved dogs Toby and Yoshi.
Jo is preceded in death by her husband, Paul, two children Karen and Chad, her father Grant Watson Green, mother Beatrice Long Green, her brothers Walter Green and Richard Green.
Jo will be remembered and sorely missed for her loving kindness and thoughtfulness toward her family and friends.
Condolence calls will be held at Bailey & Foster Funeral Home on Thursday, February 16, 2017, from 6 to 8 PM.  Funeral services will be on Friday, February 17, 2017, 10 AM at Bailey & Foster, with Rev. Bill Housley officiating. Burial will follow in Roselawn Park.
To view online leave condolences or sign the guest book go to www.baileyandfosterfuneralhome.com.
Published on February 14, 2017
To plant a tree in memory of Elizabeth Jo Bass, please visit Tribute Store.

Plant a tree in memory
of Elizabeth

A place to share condolences and memories.
The guestbook expires on May 15, 2017.