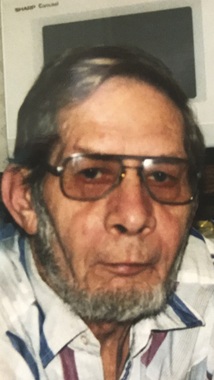 Back to Donald's story

Donald "Don" Woodruff McKenzie, 88, of Grand Bay, Alabama (formerly of Athens, Texas) took his last flight to the "Great Airport" in the sky Saturday March 21, 2020, very peacefully with his daughter at his side.
Don was born August 14, 1931, in Alamosa, Colorado to Hal and Lucille Phillips McKenzie. He had many jobs in his lifetime before he found his calling as an electrician. He served in the Army during the Korean War.
One of his greatest joys in life was being a pilot. He also had a love of classic vehicles and would share stories of the ones he owned when he was a young man. He greatly enjoyed his role of being a PawPaw to his grandchildren, not to mention his many "grand-dogs" through the years. He took care of his loving wife, Diana, for many years before she lost her battle with cancer.
He was preceded in death by his parents, Hal and Lucille McKenzie; his wife, Diana McKenzie; his daughter, Cherry Almon; and his sister, Joyce Whistler.
Survivors include his daughter, Theresa McKenzie Wolfe and husband, Randy of Grand Bay, Alabama; grandchildren, Micheala Carpenter (Andrew) of Hewitt, Texas and Rachel Wolfe of Grand Bay, Alabama; step-grandchildren, Joseph Wolfe of Florida and Ryan (Katie) Wolfe of Florida; and great-grandchildren, Jaxson Wolfe of Alabama, Connor Wolfe of Florida, and Austin Carpenter and Taylor Carpenter of Hewitt, Texas; brother, Paul McKenzie and wife, Carolyn McKenzie of Bossier City, Louisiana; and many nieces and nephews.
What a wonderful blessing he has been to me for 47 years. I was a daughter that was never asked for, but he was a Daddy to me as if he had always prayed for me. I was never a "step"; I was his child from day one and he was, and will always be, my Daddy.
Due to the circumstances that we find ourselves in right now with this pandemic of COVID-19, I have decided to have a celebration of his life at a later date and time.
Heritage Funeral Home, locally owned and operated in Moss Point/Escatawpa, MS, is in charge of arrangements. You may view and sign the online register book for Mr. Donald "Don" Woodruff McKenzie at www.heritagefuneralhome.us
Published on March 26, 2020
To send flowers to the family of Donald McKenzie, please visit Tribute Store.

Send flowers
in memory of Donald

A place to share condolences and memories.
The guestbook expires on June 23, 2020.