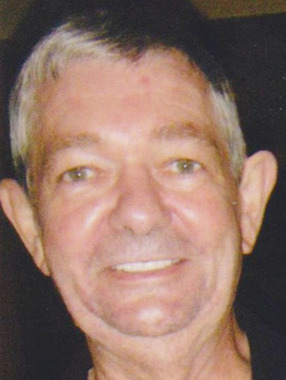 Back to Danny's story

Danny Lee Greene passed away at his home in Eustace, Texas on January 23, 2017. He was born December 9, 1956 in Athens, Texas to the home of Oscar Louis & Kathrine Marie Hargis Greene. Danny has three brothers; James "Tibo" Greene & his wife Helen, Louis Greene & his wife June and Jimmy Greene & his wife April. He also has two sisters; Jean Ann Bonner and JoNell Ashton.
Danny was very lucky to have a mother-in-law that thinks so much of him, Shirley Kirkpatrick. What gave joy to Danny's heart was his grandchildren; Brandon Hall, Breana Hall, Jaden Hammonds and Ashtin Hammonds.
Danny grew up in Athens, Texas but finished up his last two years of school at Eustace as his family had moved to Payne Springs. He graduated from Eustace High School in 1975.
Danny spent his career working for Vought Air Craft in Grand Prairie, Texas then retired in 2013. He spent the last years of his retirement helping to raise his grandchildren and hanging out with his wife Carla Renee which he married in 1975. He had a wonderful life; he enjoyed many things especially when it came to his family.
Danny is preceded in death by his parents Oscar Louis & Kathrine Marie Hargis Greene, a brother Ken Greene and also his beautiful daughter Julie Lynn Hall.
Left to cherish Danny's memories is many other family members and a host of friends. Danny was greatly loved; he will be dearly missed by all who knew him.
Rev. Dale Norris from the Faith Community Baptist Church of Payne Springs, Texas will be officiating the service for the Greene family.
Published on January 27, 2017
To plant a tree in memory of Danny Lee Greene, please visit Tribute Store.

Plant a tree in memory
of Danny

A place to share condolences and memories.
The guestbook expires on April 27, 2017.