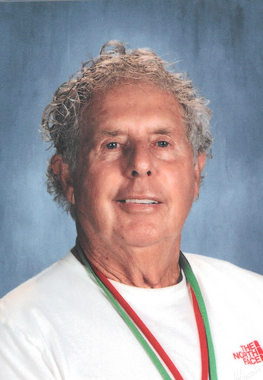 Back to Curtis's story

Funeral services for Curtis W. Corley, 70 of Athens have been scheduled for 1:00 P.M. Friday February 14, 2020 at Rock Hill Baptist Church in Brownsboro with Rev. Danny Bristow officiating. Burial will follow at Red Hill Cemetery under the direction of Autry's Carroll-Lehr Funeral Home.
Curtis passed away Monday February 10, 2020 in Tyler.
He was born August 26, 1949 in Athens to the late Eugene Warren and Lena Louella Ponder Corley. Curtis was president of his graduating 1967 Brownsboro class, which won a state basketball title for the Brownsboro Bears.
He got his Bachelor's at Sam Houston State University. Curtis was voted Henderson County Coach of the Year 14 times.
Following college he taught and coached at Eustace, but he spent most of his career at La Poynor where he started the Little Dribblers program before he began his 26 year coaching career. This was a special community to him, "It was a very good time, interesting time, and special time in my life. I guess the best thing about it was all of the people I have coached are now my friends. I know their moms and dads and children. I am glad that I have had the opportunity to live through that." Coach reflected.
After retiring at LHS he coached at the Brook Hill school and then coached a season at Cross Roads, where he was recently coaching Jr. High girls. He said in an interview that when he looks back at all of the players he has coached and people he has met, he believes his life is complete. Many people describe him as much more than a coach; he was the best kind of friend, husband, father, papa, and he loved people most of all. He knew how to make others feel special and was honored when La Poynor dedicated their new Nicholas-Corley gymnasium to honor his legendary coaching career. He said it made it even more special because it was shared with a great friend.

Of all the lives he touched, he was most proud to be a husband, father, and papa to his wife Prissy of 47 years, daughter Brooke, and grandchildren Kindle and Canyon Marsh of Winnsboro.
He was preceded in death by his parents.
Survivors include his wife of 47 years Prissy Corley of Athens, daughter; Brooke Marsh and husband Gannon of Winnsboro, grandchildren; Canyon Marsh and Kindle Marsh both of Winnsboro, sisters; Lou Jean Epperson and husband Ed of Murchison, Gail Taylor and husband Dan of LaRue, Peggy Arthur of Brownsboro and numerous nieces and nephews.
Pallbearers will be Paul Arthur, Ronald Epperson, Larry Epperson, Tommy Dykes, Kim Evans and Terry Lynn Brown.
Honorary pallbearers are Ben Bearden, Dwayne Nichols, John Buck Scarbourgh, Dan Taylor, Curtis Means, Marshall Crawford , Glen Dykes and Homer Benton.
Visitation for family and friends will be held at Rock Hill Baptist Church Thursday evening from 6-8 P.M.
Published on February 13, 2020
To send flowers to the family of Curtis W. Corley, please visit Tribute Store.

Send flowers
in memory of Curtis

A place to share condolences and memories.
The guestbook expires on May 12, 2020.

Nancy fenton
God took a very special man home. Curtis never had a unkind word against anyone all the time we were classmates at Brownsboro. RIP my friend.
View all