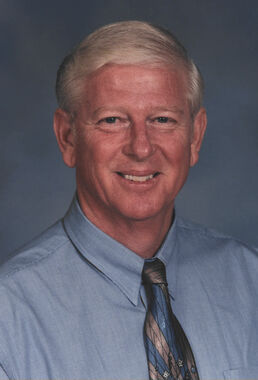 Charles Edward Curtis, age 76 passed away on January 22, 2020 in Brownsboro, Texas. He was born on April 28, 1943 to James Curtis and Ruth Elizabeth Milner Curtis.
He was preceded in death by his parents.
Charles was the fourth child in his family. He was the first of five children to graduate from Athens High School, and the first to graduate college with a Bachelor of Arts then his Masters. Charles became a school teacher where he taught in Athens, Texas A&M and Brownsboro ISD where he directed the vocational department. Soon after that he became Assistant Superintendent of Brownsboro ISD and later Superintendent at Cushing ISD where he finished his career and retired. After retirement, Charles built a few houses and farmed. He also enjoyed the outdoors, especially fishing.
At the age of 17 he met the love of his life. Then on September 21, 1963 they were married. Later Tony Curtis was born then three years later on Tony's birthday, Christopher was born.
He was a great friend to many, a devoted husband, father and grandfather. Charles loved the Lord and his family knows that he is resting in heaven with Him now.
Survivors include, his loving wife, Phyllis Curtis, son Tony Curtis, daughter in law Carole Curtis, grandsons Adam Curtis, Brandon Curtis, son Chris Curtis, granddaughters Natalie Curtis, Heather Curtis, grandson Shane Curtis. Siblings Richard and Melba Kidd, James and Barbara Curtis, Julia Richards, Anita and Jim Parrish. Numerous nieces and nephews.
Visitation will be held on Sunday evening January 26, 2020 from 4:30-6:30 PM at Autry's Carroll-Lehr Funeral Home. Funeral services will be on Monday, January 27, 2020 at 10:00 AM with Bro. Jim Parrish and Gary Fulfer officiating.
Published on January 25, 2020
To send flowers to the family of Charles Edward Curtis, please visit Tribute Store.

Send flowers
in memory of Charles

A place to share condolences and memories.
The guestbook expires on April 23, 2020.

To the family,
I'm so very sorry for your loss. He was a wonderful man and a very valued member of our community.
Mr. Curtis was our school bus driver for many years, on what was then Route 5, Athens. He was always fair to others and polite. I rode the bus with his sons and I want them to know that I appreciate the fine example their dad was to us all.
As a little kid when I rode the bus, my memories of him are faded and few, but we were never once in a wreck and he drove us through the worst of weather... sometimes my mom would drive us to school but much of my day was spent on Bus #6, to and from school for many years.
I pray for your peace and well-being.

Gail Andrews Crawford
Mr. Curtis was a very nice man at Brownsboro where my kids were students.
View all