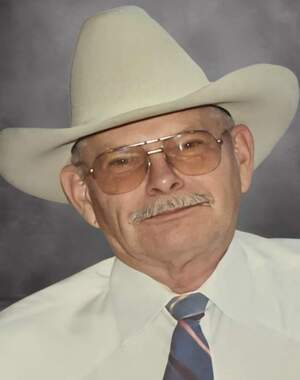 Billy Don Stewart was born on January 23, 1946 in Athens, Tx to Willie Faye Farmer and Claud Stewart.Billy Don graduated from Malakoff High School in 1965, and then went on to get his barber license in 1966. He enlisted in the United Stated Army from 1967-1970. He married the love of his life, Judy Skiles on August 23, 1968.
In 1993, Billy Don opened the only Barber Shop in Crossroads Tx and people drove many miles for a five dollar haircut and great fellowship. He made many friends over the years and was named the unofficial "Mayor" of Crossroads. He retired from barbering in 2010.
He spent his youth rodeoing and farming and truly loved the cowboy lifestyle.
Billy Don Passed away in his home with his wife of 51 years by his side on January 14, 2020.
Billy Don was preceded in death by his parents.
He is survived by his loving wife, Judy Stewart of Athens; sister Sue Powell and husband Charles, of Tool; son Randy Stewart and wife Pam of Crossroads; daughter Billie Arnold and husband Paul of Crossroads; son Bradley Stewart of Crossroads; grandsons, Randy Stewart Jr. and wife Kacey of Cleveland; Robert Stewart and wife Maddie of Coldspring; Johnathan Stewart of Brownsboro; George Stewart of Crossroads; Matthew Stewart of Crossroads; granddaughters, Kayla Stewart of Brownsboro; Lauren Joslin and husband Justin of Italy; Courtney Wiggins and husband Weston of Crossroads; Melissa Groves of Austin; as well as 12 great-grandchildren and many other loving family members.
Graveside services will be held at Willow Spring Cemetery on Saturday, January 18, 2020 at 3:00 PM.
Arrangements are under the care of Autry's Carroll-Lehr Funeral Home.
Published on January 17, 2020
To plant a tree in memory of Billy Don Stewart, please visit Tribute Store.

A place to share condolences and memories.
The guestbook expires on April 16, 2020.