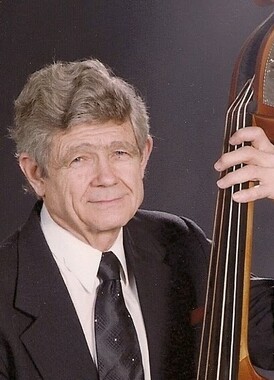 Rev. Billy M. Rasco was born November 8, 1932, in Tarrant County, Texas. As a boy, Billy learned the family trade of making mattresses and box springs working with his parents, Arvie and Anna Rasco. Billy eventually built and operated Rasco Bedding Factory in Athens, Texas. Rev. Rasco's passion was serving his Lord Jesus, with his first and only love, Dorothy, for 68 years. In 1951, before the marriage I do's, both living in Athens, but in separate homes, drove to Reklaw, Texas, every Sunday to pastor the Assembly of God church there. They married in 1952 and soon started building a family and training them in ministry. Rev. and Mrs. Rasco built and pastored East Side Assembly of God in Athens from 1957-1976. While still pastoring, they began to travel in ministry. They resigned from East Side in 1976 and formed the Gospel Contenders family band, which fulfilled his life-long passion of having a Christian band. The Gospel Contenders continued traveling and supporting local churches and ministries, nursing homes, singings, and wherever God would open the door. In 1983 they joined Rose Center Assembly of God in Tyler, Texas, as the music ministers, where they served until 1987. From 1987 to 2009 Rev. and Mrs. Rasco supported local churches in music ministry at God's direction. In 2009 they joined Payne Springs Assembly of God. Even when Rev. Rasco was unable to attend due to illness, his pastor, Rev. R. C. Betz, would take the message personally to Rev. and Mrs. Rasco on Sunday afternoons. Rev. Rasco is survived by his wife, Dorothy Rhodes Rasco, son Frank Rasco and his wife Sherry, daughter Anita Rasco, son Rickey Rasco and his wife Reda, daughter Diane Monroe and her husband James, and daughter Davina Smith and her husband Mark, 11 grandchildren, and 8 great-grandchildren. On November 15, 2019, surrounded by his family and Rev. Betz, Papa left the arms of his loving bride and was received into the arms of his loving Savior. Visitation will be held Tuesday, November 19, 6:00pm-8:00pm; the funeral service will be held Wednesday, November 20, at 1:00pm. Both will be held at Payne Springs Assembly of God Church, 5503 FM316, Payne Springs, Texas. The service will be officiated by Rev. Rickey Rasco, Rev. R.C. Betz, and Rev. Donald Herring.
Published on November 19, 2019
To plant a tree in memory of Billy M Rasco, please visit Tribute Store.

A place to share condolences and memories.
The guestbook expires on February 16, 2020.

Billy Harmon Riddle, Jr.
Great Man! I remember him baptizing me in a his parent's stock tank when I was 5 (~1974). Just a wonderful human being, as is his wife, Dorthy.
Frank Boyce
Loved the Rasco family! Loved to hear him play, sing,and preach! We'll see u In heavan brother! Prayers for sister rasco and all the kids
View all