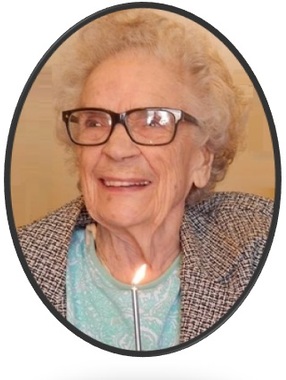 Back to Betty's story

ATHENS, TX - Betty Page Naylor, 98, of Athens, TX, passed away at 12:20 p.m. December 30, 2018, at the UT Medical Center in Athens, TX.
Mrs. Naylor was a member of the Legendary Baptist Church in Gun Barrel City, TX. Before moving to Gun Barrel City, she had been a member of First Baptist Church of Duncan, OK, for more than thirty years. At FBC Duncan, she taught Sunday School and discipleship groups, sang in the church choir, and, along with her late husband, was active in the church's prayer ministry. She also was a member of the Woman's Missionary Union (WMU) at First Baptist Church of Duncan.
Mrs. Naylor was a 1938 graduate of Allen (OK) High School. She then enrolled at East Central State College (now East Central State University), in Ada, OK, from which she graduated in 1942 with a BA in Education with an emphasis in music education. Following graduation, Mrs. Naylor taught in Oklahoma, New Mexico, and Wiesbaden, Germany. In 1970 she earned a master's degree in music education from the University of New Mexico while teaching choir in the Albuquerque, NM, school system. She also taught in Missouri before retirement. She subsequently moved to Anadarko, OK, Duncan, OK, and Gun Barrel City, TX, before her final residence in Athens, TX.
She was born October 30, 1920, in Hominy, OK, to Fred and Blanche Bernice (Owens) Page.
She was united in marriage with William C. Naylor, Captain, US Army Air Corps, on May 24, 1942, in Oklahoma City, OK. She followed or accompanied him on his numerous military assignments. He preceded her in death on Feb. 23, 2011.
Surviving are her three daughters, Sharon (Rev. Ron) Hill of Trinidad TX; Deborah (Dr. Kirby) Clark of Williamsburg, KY; and Pat (Rev. Al) Keeney of Belen, NM; granddaughters Jonnie Hill of Trinidad, TX; Dawn (Joe) Mustian of Plainview, TX; and Terry Sharp of Knoxville, TN; grandsons Tim Hill of Austin, TX; Steven (Julie) Hill of Houston, TX; James (Renee) Hill of Ft. Worth, TX; and Ben (Amy) Keeney of Seattle, WA; eleven great-grandchildren; and four great-great grandchildren; and many friends.
She was preceded in death by her husband; parents; a brother, Howard O. Page; and a grandson, Troy A. Clark.
Arrangements were under the direction of Moorhead - Epps Funeral Home in Gun Barrel City, Texas.
Published on January 3, 2019
To plant a tree in memory of Betty Page Naylor, please visit Tribute Store.

Plant a tree in memory
of Betty

A place to share condolences and memories.
The guestbook expires on April 02, 2019.