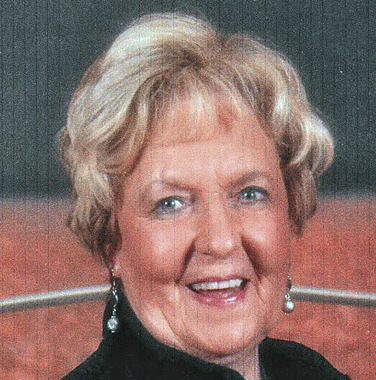 Back to Barbara's story

Funeral services for Barbara Creel Dale, 85, of Athens have been scheduled for 11:00 A.M. Saturday December 7, 2019 at First Baptist Church in Athens with Dr. Kyle Henderson officiating, under the direction of Autry's Carroll-Lehr Funeral Home.
Burial will be at Dallas/Ft. Worth National Cemetery Monday, December 9, 2019 at 2:30 P.M.
Barbara was born May 19, 1934 in Old Hickory, Tennessee. She was the only child of beloved parents Paul and Velma Bullington Creel. Barbara had lived in Athens since 1999 and loved to volunteer and was very active in Keep Athens Beautiful, East Texas Arboretum and Central Business Association. During a fall visit to the Smoky Mountains, she was inspired to begin decorating the Athens town square each year during the fall and holiday season. With help from volunteers and many businesses, it continued to grow to be more beautiful year after year. Christmas was her favorite holiday and for over 15 years she made one-of-a-kind Santa Clauses. Charlie would make the armatures from wood and wire, and Barbara designed and sewed each costume. Each Santa would have a different theme or different look in his eyes. Each year she would have a sale in her home and it would always sell out. She enjoyed crafts of all kinds especially scrap booking. The American Cancer Society was a very important part of Barbara's life. She spent many years volunteering at Baylor Hospital in Dallas to breast cancer patients. She was also thrilled to have been chosen to serve on the Grand Jury and was very interested in the cases that were presented.
She married the love of her life, Charles Harris Dale on May 8, 1953 in Nashville, Tn. Most of her life was lived in Dallas where they raised their 3 sons. She was a devoted wife, mother, grandmother, and great grandmother. Barbara was a huge lover of animals and was employed 24 years as a veterinary assistant at Central Expressway Veterinary Clinic. Charlie pursued a career in electrical engineering. Barbara and Charlie were active travelers in the U.S. and abroad. They loved Hawaii and were able to spend many anniversaries there. They were always ready to go!
Barbara was preceded in death by her parents.
Survivors include her husband Charlie, sons; Rick Dale and wife Kate of Keller, Randy Dale and wife Suzanne of Dallas, Rob Dale and wife Denise of Daniel Island, South Carolina, grandchildren; Ryan Dale, Justin Dale and Tanner Dale all of Dallas, Caroline Smiley and husband Hunter of Galveston, Kristina Dale of Keller and great grandsons Jackson Dale and Hampton Dale both of Dallas.
Visitation for family and friends will be held Friday afternoon December 6, 2019 from 3:00 to 4:30 P.M.
In lieu of flowers, donations can be made to First Baptist Church missions 105 S. Carroll St. Athens, Texas 75751, American Cancer Society P.O. Box 22478 Oklahoma City, Oklahoma 73123 or Hospice of East Texas Homeplace 4111 University Blvd. Tyler, Texas 75701.
Published on December 4, 2019
To plant a tree in memory of Barbara Dale, please visit Tribute Store.

Plant a tree in memory
of Barbara

A place to share condolences and memories.
The guestbook expires on March 02, 2020.

Thad and Lisa Hardin
Barbara always had a smile on her face! We will miss having her loving, warm presence at church!
Mark & Teri Drake, and their sons Sam & Bill
We all have been praying for Barbara's healing and now say prayers of thanks for her long life. She surely is crafting something heavenly for the first of an eternity of Christmas celebrations. May God, in his Almighty Mercy, shine His healing light on all of the extended Dale family and their legion of friends around this Earth in their moments of grief in the days and weeks ahead.
Kenneth & Frances Fulton
Charlie we have some great memories of Barbara Dale. You two loved to attend gospel concerts and travel. It was always good visiting with you two on the Church Road trips, and seeing you both at the concerts. When we would have our little talks, I heard from her heart. Barbara loved her church, her community, life, laughter, and traveling! Kenneth & send our heartfelt sympathy to you Charlie and your entire family.
View all